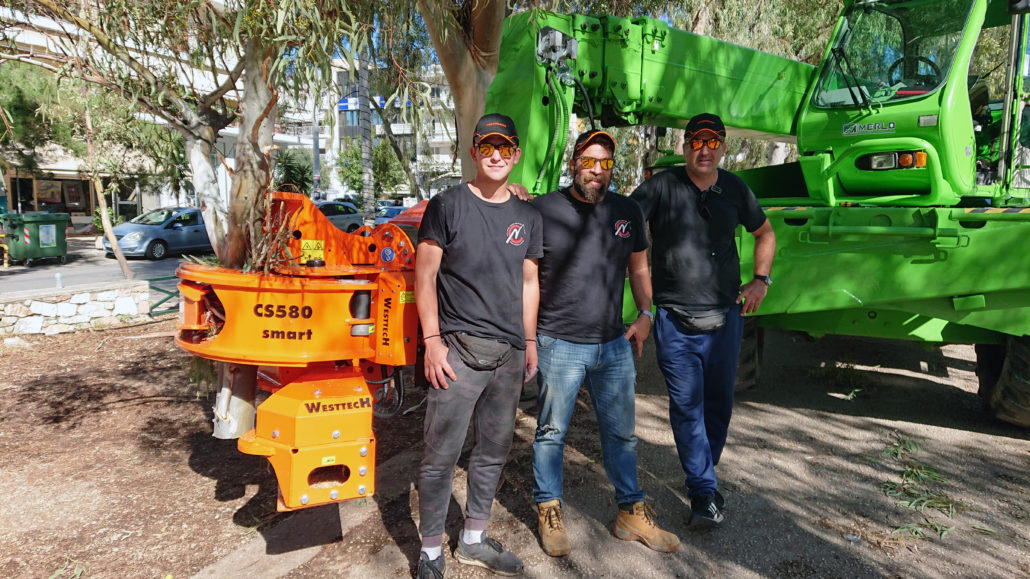 The company Notis Crane in Athen welcomed their long-awaited Woodcracker CS580 smart (the previous model of the CS750 smart) in November 2019.

For more than a year they were looking for a suitable solution for their biggest assignment, the problematic tree felling along traffic roads and in urban areas. After Notis Crane’s CEO, Mister Spinos, watched a video of a roto telehandler with a Westtech grapplesaw, he knew his search for a solution has come to an end.

The company found itself confronted with problematic tree fellings in the city. This work was always very laborious, demanding a cherry picker. To create a pleasant climate for all residents, there is a special law in Greece as in many other countries to protect the trees from getting cut as a whole, instead you have to take care of them and for example remove dead branches.

Before getting a Woodcracker® this work took way too long and harboured a huge safety hazard. That is now history. With Westtech‘s grapplesaw, which got developed especially for tree fellings due to safety reasons, the work is much more safer for the staff. Additionally the efficiency also increases exponentially!

The strong gripper holds the piece of the tree securely and can even adjust if the tree moves. The grapplesaw enables to move the tree or parts of it in upright position. Therefore the grapplesaw Woodcracker® CS580 smart is perfect for problematic tree fellings in urban and residental areas without damaging parking cars or buildings. 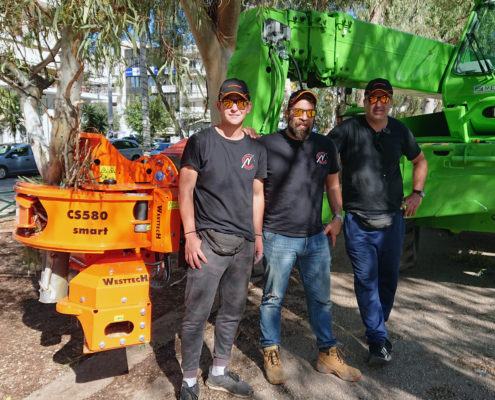 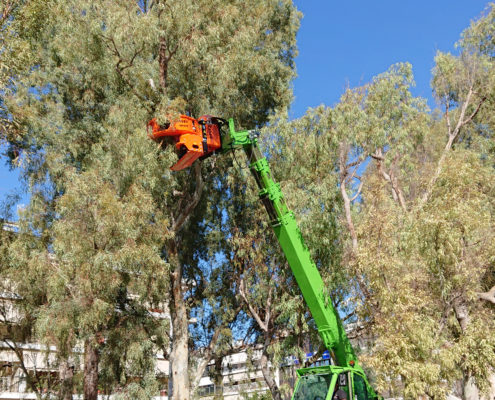 Get the latest news  |   Subscribe now
Woodcracker® reaches out more and more worldwide – now even in Korea!